Car Burning Oil: Why This Happens & What to Do About It

Do you think your car is burning oil, and aren't sure what to look for? Find out what the telltale signs are, how to identify them, and lastly, how to fix them so you don't have the problem going forward. 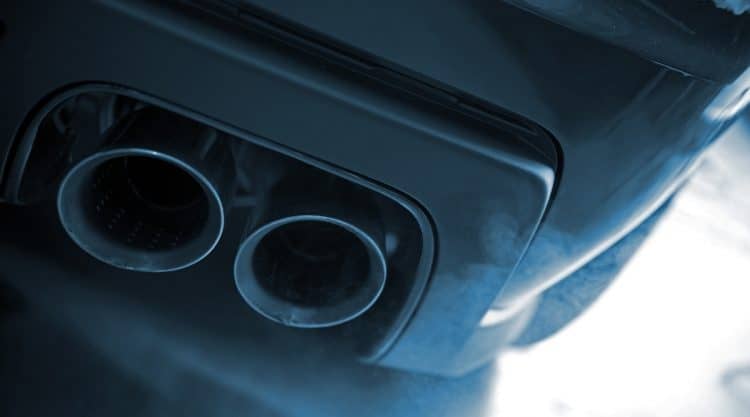 Oil, the great lubricator, is critically important for the health of your car’s engine. Without oil, an internal combustion engine will seize or otherwise destroy itself in about fifteen minutes of operation.

Oil lubricates the moving metal parts in your engine, helps with the cooling of engine components as they operate, and it carries away debris and particles which develop over time from normal wear and tear.

It is, however, not intended to burn like fuel is, although it definitely will burn if it gets where it’s not supposed to be!

Perhaps in your routine oil level checks, you’ve noticed the oil level dropping steadily between oil changes, but can’t locate an obvious leak dripping onto your garage floor. This is a strong reason to suspect you may have an oil burning situation!

A very general rule of thumb is that anything over about a quart of oil used for every 1,500 miles of driving is probably a reason for concern, and something that needs to be investigated.

But first of all, it’s important to know that for some cars, a small amount of oil burning between oil changes is quite normal.

Some car manufacturers state that a small amount of oil burning is to be expected on certain models, even when the car is in excellent running condition.

However, if you’re unclear about whether the amounts of oil your car is using between oil changes are within an acceptable range, please check with a qualified mechanic.

Two Ways Your Car Might Be Burning Oil, Plus A Bonus Reason

There are two main ways a car can burn oil: inside the engine’s cylinders (during combustion), and outside of the engine when oil leaks come in contact hot surfaces and burns off, creating a stinky, hot-asphalt smell.

Oil Burning Inside of The Engine

All the components related to the engine itself and to combustion need lubrication: the crankshaft, the valve stems, the piston rods and so on.

The combustion chamber itself, the space inside the cylinder with the piston sliding up and down from the bottom end needs to remain oil-free, or else that oil will burn along with the fuel.

This will cause blue-tinted smoke at your exhaust pipe and can foul your spark plugs, ruin your oxygen sensors, and over time, can even destroy your catalytic converter.

When oil starts to burn along with your fuel, it’s usually due to the failure of one of two things, both caused by high mileage and wear:

Piston rings are small metal rings that fit around the diameter of your piston. They slide along your cylinder walls as your piston moves up and down during the combustion cycle.

In good repair, they keep the oil that lubricates the connecting rods out of the cylinder.

If they’re worn, though, some of that oil can slip past the rings and into the cylinder, where it will burn along with your fuel. Worn piston rings are likely to cause continuous blue smoke from your exhaust.

The engine’s valves allow air and fuel into your cylinder, and then let exhaust gases out after combustion is complete.

The stem of each valve is sealed to your cylinder head with a small but critical gasket, so that oil in your valve cover doesn’t get into the combustion chamber.

Over time, these seals get old and can fail, allowing oil into the cylinder.

Leaking valve stem seals will cause intermittent blue smoke from your exhaust, mostly when your engine is cold.

The blue smoke may disappear once the engine is fully warmed up or when the weather is hot.

What Can I Do About This?

Both of these situations require pretty extensive engine rebuild work to make right!

For many a high-mileage older car, it may not be worth the expense to repair. It may be time to consider shopping for a new car.

This issue is not something that should come up on a late-model car unless something is seriously amiss. In the case of a new car developing these issues, any remaining factory warranty should cover the repair work.

Oil Burning On The Outside of The Engine

Oil consumption outside of the engine happens when oil leaks and drips (or seeps) onto hot engine components.

If you’re smelling burning oil near the front end of the car or seeing smoke wisps under the hood when the engine is hot, it’s time to figure out where the oil is coming from!

A special warning: if you can smell oil burning from inside the car, get your car checked out immediately. An occasional whiff of exhaust fumes or burning oil won’t hurt you, but it’s definitely not something you should be breathing in continually while driving.

The most common culprit for an “outside the engine” oil burning situation lives somewhere near the top of your engine.

A very common issue as a car gets up in the miles is oil seeping out of the valve cover gasket and dripping down the outside of the engine block. When the engine’s all good and hot, that leaked oil will burn.

Oil can also drip from other places, though. Some common places cars may leak oil are:

These are all relatively easy fixes involving just a tightening of a connection or plug or a gasket replacement. A valve cover gasket is a little bit bigger of a job, but still within reach of many accomplished DIY mechanics.

Most of the above reasons your car may be burning oil can be pretty serious repair issues. Even someone accomplished at many routine car maintenance tasks may balk at taking on the engine rebuild required to replace piston rings.

However, there’s some good news: if your oil consumption issue is related to a PCV valve problem, replacing a malfunctioning PCV valve isn’t usually a very difficult or expensive job to get done.

So, what’s a PCV valve, exactly? The “positive crankcase ventilation” valve helps control the flow of combustion gases that end up in the crankcase, directing them back through the air intake system to be burned completely.

It’s an important part of your car’s emissions control equipment. If the valve isn’t working correctly, though, air pressure changes in the crankcase can cause the oil to get sucked into the combustion chamber past the piston rings and burned.

A bad PCV valve can cause a host of other issues as well, including some pretty serious problems such as sludge build-up and worsening gas mileage.

So, if you suspect you have a bad PCV valve or your shop tells you that it needs to be replaced, don’t wait too long to have the work done for you, or to do the job yourself!

Your Car’s Health Begins With You

Checking your oil levels a few times a month, even on a weekly basis if you’re able to, is a great way to stay on top of your car’s overall health.

It’s a good idea to keep track of how often you’re topping up your oil levels, as well as how much you’re adding each time so that you’ll notice right away if oil consumption levels rise enough to be a concern.

When caught early on, some oil-usage issues aren’t too painful or costly to repair. A valve cover gasket isn’t a huge job to do. As mentioned above, replacing a broken PCV valve isn’t a big job either.

In all cases, catching an issue right away can prevent much more expensive issues down the road. A PCV valve replacement is much cheaper than an engine rebuild due to a sludged up crankcase!

So, if a shop tells you that you’re “using oil” or you’ve noticed a blue tinge to smoke coming from your tailpipe, don’t delay in figuring out what’s going on – and do so as soon as you can!

Till then, enjoy the drive!

In the mix of a male dominated industry, Jennifer is our go-to gal for all your car related questions.

Besides all the valuable work and insights she contributes to VehicleScene.com, Jennifer runs a website - and an active Facebook community - called 'Ask Jenny About Cars' where she helps many people with their car-buying and car ownership decisions – providing advice, reassurance and research help to friends, family, and clients on all topics concerning cars.

She has a wealth of knowledge and you can rely on her to explain everything in simple language that even a novice can understand.