Does Motor Oil Expire? How Long Does It Last? (Facts VS Myths)

Buying some motor oil, and just aren't sure how long it's going to last sitting in your garage? Maybe your car has been just sitting a while? Find out how long motor oil can last before it's time to move on. 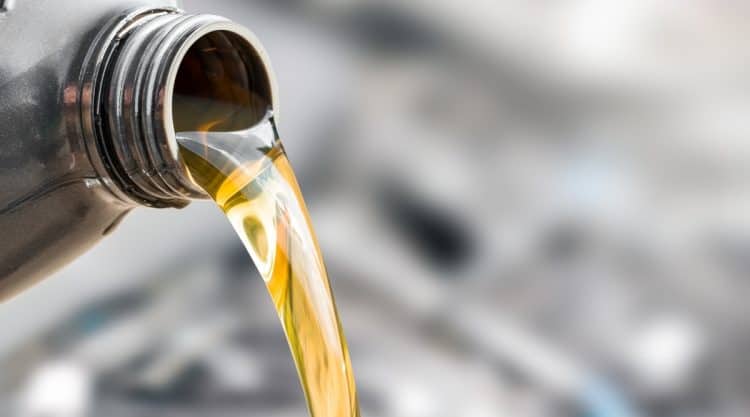 Have you ever been searching around the back of your garage or in the trunk of your car and found an old bottle of motor oil you forgot all about?

It could be an unopened bottle from that ages-old DIY oil change you were going to perform, or just the remnants of a mechanic’s last oil change.

The question remains: Is the newly discovered old oil any good? Can it still be used, or has it gone bad? Does motor oil expire to begin with? And how can you know if the oil completely went bad, or can still be used?

We all know that oil needs changing at a regular change interval when in the engine, but what about when it’s stored in the bottle, even if it’s an entirely unopened bottle we’re talking about? How long is the shelf life of motor oil?

What Do the Oil Manufacturers Say?

Obviously, the oil companies have a vested interest in the future sales of motor oils—what’s the point of making something that never needs to be replaced?

The general consensus is that motor oil should last for an “extended period” under optimal conditions—in the original unopened container and stored away from extreme temperatures.

The motor oil’s shelf life recommended by each manufacturer varies, though.

For example, Mobil expects industrial or motor oils to last for five years if stored properly in the original container. Meanwhile, Total, another leading manufacturer, says motor oil should be disposed of after only two years if not used.

So, while many motor oil companies shy away from saying their oils do actually expire, they do say we should dispose of oils in a responsible way after a few years. Perhaps it’s those vested interests again!

This also only applies to oils which have remained unopened in their original containers, stored at the correct temperature.

How Does Motor Oil Expire?

The key lies in the manufacturer’s advice on the storage of the motor oil.

If this oil is used, it will have a reduced flow rate around the engine, which can lead to an increase in oil consumption, and buildup of debris and damage to your engine.

When engine oil is stored at extremely low temperatures, a sludge may appear, which can block engine passageways. This inevitably becomes too thick to flow easily.

Either form of the oil thickening can result in engine damage that can run thousands of dollars to repair. So, ask yourself the following question: is it really worth saving a few dollars just to use old oil?

What If the Oil Bottle Has Been Opened?

Oxidation can be another possible cause of degradation in a container which has been opened. When molecules in the air react with the molecules in the oil, it can increase the viscosity which forms sludge or sediment.

Oxidized oil can also be more acidic, which may rust and cause corrosion to any metal surface it comes into contact with.

In general, it’s better to keep any motor oil you may purchase sealed until it’s ready to use.

Check the seal on any bottles you buy from the dealer to ensure it hasn’t been opened, and always check opened bottles for any sign of contamination or degradation.

How To Check If Your Motor Oil Is Expired

It can be hard to tell whether your motor oil has expired before pouring it into your engine, but there are several steps you can take.

Again, if you know the bottle of oil is more than five years old, dispose of it rather than risk the damage it can cause to your vehicle and its different components.

If you’re unsure of the expiry date or purchase date, check the color of the oil. If it has a pale brown color and looks clear, it’s generally good to go. A significantly darker or black oil can indicate oxidation, while a haziness or milkiness can be from contamination of water or dirt.

The consistency of the oil can be another good indicator that you should keep an eye on—oils that are solid, thick, or very sticky are less effective than a thin oil which pours easily.

If you notice any separation in the oil or deposits on the bottom of the container, you should replace it and not use it. Just shaking the container will not redissolve the deposits in the oil.

How Does Oil Expire in the Engine of Your Car?

When the oil is used in your car engine, it’s more prone to all sorts of factors that can affect it while it’s still stored in a container.

The mechanical action of the engine will lead to higher temperatures, which can lead to the oil thickening over time. The oil will also be more prone to contamination from soot or microscopic slivers of metal as it circulates around.

Other engine issues like a faulty cooling system or water pump can lead to water getting into the oil, affecting its viscosity.

With a blown head gasket, your oil will take on a milky, almost cappuccino texture and should be replaced as soon as the gasket is resealed.

Oftentimes, environmental factors like icy cold weather can also cause the oil to form a sludge, which may eventually prevent it from flowing around the engine.

Some synthetic oils will have additives which can prevent oxidation or reactions to temperatures, and can last longer before changing.

Most mechanics will recommend changing the oil in your car every few thousand miles, but some synthetic motor oils will be sold as 5,000- or even 10,000-mile oils.

To be sure about this, check with your mechanic how often you should change oil at your next scheduled vehicle maintenance, and ensure you use the most suitable oil for your car and driving conditions.

Do Synthetic Oils Have a Longer Shelf Life?

Synthetic oil lasts longer in your car engine and will need changing less frequently for a number of reasons:

Synthetic oils can still expire when not used for extended periods of time, though, and will need to be correctly stored – as with traditional motor oils.

Most of the benefits will actually be for the car when used in the engine. Some additives in synthetic oils will make storing them easier, especially the temperature-fighting components.

If you are still unsure about what all of this means for how long you can keep motor oil before it expires, this short video looks to debunk some of the myths surrounding motor oil.

To sum up, most motor oils have no specific expiration date, rather recommendations for how long you can store it.

These guidelines also include rules about where you need to store it, at what temperature, and how often you should change it in your engine.

Motor oil which hasn’t been used for a long period of time may have turned quite thick, which is not good for the engine, especially if it has been stored at the wrong temperature.

If the container is opened, ensure you store the oil in a cool, dark place away from moisture and dust.

Using motor oil which has expired can cause serious and costly damage to your car engine, which will cost you way more than you’d have incurred buying a new bottle of motor oil in the first place.

Ensure you only put into your engine the type and grade of oil recommended by your car’s manufacturer in your owner’s manual, and that you change it regularly as needed.

If there’s no expiration date on those containers of oil bottles you have in the garage, and you’re not sure how long they’ve been there for or how they have been stored up to this point, it may be best off to dispose of them at your local recycling center and not take a risk by using them in your vehicle.

Better a few throw-away containers of oil, than a several-thousand-dollar repair bill!

Does Diesel Fuel Go Bad? How Long Does It Last? (Facts vs. Myths)

Best Car Scratch Removers In 2020: Easy Do It Yourself Fixing!