How Often to Change Cabin Air Filter? A Guide on How to Tell It’s Time

Trying to figure out how frequently to change your air filter for your car or van's cabin? Your car's air filter is an extremely important part of keeping the air clean when it flows through your air conditioner. Find out what to expect. 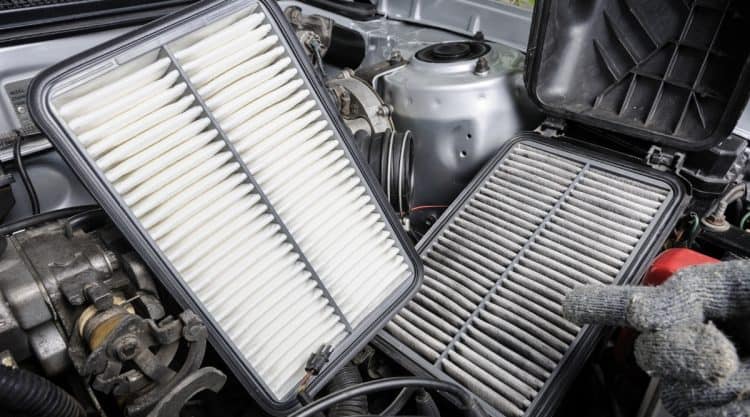 Usually, when a car owner is told by their mechanic that they need to change the cabin air filter in their vehicle the first thing that comes to mind is something along the lines of: “What the heck is that? ! What does that do, and how do I change it?”.

Any knowledgeable mechanic will explain to you that whenever you replace your car’s dirty cabin air filter, the air quality in your car is going to improve.

However, as far as vehicle maintenance is concerned, most car owners these days rarely ever think about the cabin air filter, let alone about replacing one.

In fact, when it comes to car filters, there’s a lot more knowledge among the general population about the oil filter or the engine air filter.

As far as cabin air filters are concerned, though, many car owners don’t even know that there’s such a thing that exists in their vehicles in the first place.

However, ask just about any experienced auto technician out there, and they’ll let you know all about how these things play a very important role in your vehicle, as they work to filter pollutants and prevent them from entering inside the cabin of the car.

That’s why we’re here today, to help you learn all you need about these things, especially getting to know how often you need to replace your car cabin air filters.

What Is a Cabin Air Filter?

Most vehicles produced from the year 2000 onwards have a cabin air filter.

Its goal is to keep all of the air inside the vehicle’s cabin clean. It’s there to filter all of the air that’s coming through the car HVAC system, and prevent any and all pollutants from making their way inside the car.

This includes stuff like smog, dust, pollen and mold spores.

However, that’s not all it can do. The cabin air filters are also able to catch leaves, rodent droppings, and other small unwanted debris.

They’re also extremely helpful when it comes to modern allergies, especially if you’re someone who lives in an area with plenty of trees around.

Aside from improving the quality of the air inside the vehicle’s cabin, if you stay on top of the situation and get your cabin air filter replaced in due time without putting this task off for a while and procrastinating, you’ll be saving yourself from paying expensive repairs down the line.

This is because when the air inside the cabin is dirty, the AC unit has to work even harder while the motor burns up.

In fact, just as the engine has an air filter to keep all dust and other contaminants away from getting to it – where they could speed up the wear and tear of the vehicle and make performance-robbing deposits – humans need clean air too.

That’s why our noses, as well as our throats, have their own built-in filters in order to keep whatever’s floating around in the air out of our own systems.

However, if you suffer from allergies, the mucus and the nose hairs won’t cut it. And this is especially true if you’re going through an area that has all kinds of airborne pollutants; including pollen, soot, dirt and dust, and even nasty smells.

Usually, a cabin air filter can be found located right behind the glove compartment, right under the hood, or under the dashboard in most modern vehicles.

Read the following article we’ve put together if you’re in the market for some of the best cabin air filters you could find.

Why Is a Cabin Air Filter so Important?

Sometimes, a cabin air filter is referred to as the dust filter or the air conditioner filter.

However, this is a different type of filter altogether, because it’s made out of either textile or paper, and it has the ability to strain out any airborne pollutants before they enter the car cabin.

They are able to filter out up to 99% of airborne pollutants that are over 3 µm in size. This includes dust, ash, pollen, hair, feathers, insects and PM10.

And, if you have a carbon cabin air filter, it means that you’ll also be protected from any bad odors coming from outside. These filters have a layer of activated charcoal which absorbs any fumes and odors.

The air cabin filter doesn’t just protect you from allergic reactions, but also from other airborne pollutants that can cause very serious health issues. PM10 and PM2.5 have been linked to asthma, lung cancer, various cardiovascular and respiratory diseases.

If you’re living in a hot climate or summers are particularly hot in your location, then you already know what it feels like to be inside a hot car.

If your AC can immediately blast some cold air, it’s not going to be that much of a problem for you. However, if your filter is clogged up with dirt, the car is going to take a lot longer to cool down.

How Often Should I Change My Cabin Air Filter?

According to car technicians and automakers, you should be replacing your vehicle’s cabin air filter about once or twice per year, depending on the mileage.

However, and just like everything else you’ll realize about your car in due time, it’s not as simple as that.

Besides the general recommendations set forth by your car maker about how often you should replace its cabin air filter, here are several key factors that could affect its lifespan as well:

The more often that you drive your car, the more air the cabin filter is going to be processing. This is why mileage is a good indicator of when your cabin air filter should be replaced.

If you’re going off of this factor, then it’s a good estimation to say that you should replace it every 15,000 to 25,000 miles, but be sure to check your owner’s manual first to see if there’s a different suggested mileage number specifically stated there.

Depending on the area you’re living in, some areas tend to be dustier than others, while some may have higher pollen counts.

If there are more airborne pollutants where you’re located and/or often drive your car to take you to, the less time your cabin air filter is going to last, and the more frequently it’s going to need replacing.

Although this can definitely be a factor in replacing your car’s cabin air filter, it’s usually not as important as the rest.

The particulate filters don’t actually degrade over time, and the carbon filters will process air and absorb the odors from the very moment they are unsealed.

Plenty of airborne pollutants are actually higher in number depending on the time of year, so their levels can vary from month to month and season to season.

The best indicator that your air cabin air filter needs to be changed is with a visual inspection, noting how much air flow is being impacted, or via olfactory inspection.

And thankfully, the cabin air filter can be easily accessed, so this whole process should really only take you about 5 minutes.

Regardless of the time of year, you should be replacing the cabin air filter if it’s full, restricting airflow or if it smells bad.

Is It High Time to Replace Your Cabin Air Filter?

The most common indication your car’s cabin air filter has gone bad is when you go inside your vehicle and there’s a musty or moldy smell when you turn the heat or the air conditioning on.

If you have a dirty filter, it won’t be able to prevent all of the different airborne pollutants from entering the cabin, which can result in a bad smell. This also means that the power output from your engine has been reduced, because the AC blower motor isn’t working properly since it’s clogged.

Another way to realize if it’s time to get it replaced is if there’s an increase in the fog on the windows or the airflow of the AC vents has been reduced. (Sidenote: We have an article dedicated to how to stop car windows from fogging up.)

If you discover any of these things, this might very well signal that you should be replacing your cabin air filter immediately.

If you don’t do this task in due time, you’ll have an ineffective ventilation system in your vehicle that doesn’t do much towards cleaning the air you breathe when driving, and I think it’s safe to say that none of us like the idea of breathing dirty air.

You’re also going to end up with a car engine that does a lot more work than necessary – which leads to expensive repairs down the line.

Finally, in case you’re wondering whether it’s really time to change your cabin air filter and aren’t quite sure about it, check whether there’s a bad musty smell inside your car when you turn on your heating or AC, or if there’s more fog on your windows than usual.

These are both usually telltale signs that it’s time for a replacement.

Remember: It’s important that you do this type of car maintenance regularly, because no one wants to breathe bad air in an enclosed space or get sick from breathing in an airborne pollutant of any kind – not you, not any member of your family, and certainly not any passengers you might have on board at the time!

Check Engine Light Flashing: Why It Happens & What to Do About It