We love the convenience of battery-operated devices and back-ups for when the power goes out.

But, when batteries fail us just when we need them the most, it is seriously the most frustrating thing in the world. (Slight exaggeration, I suppose, but that’s sure how it feels!)

When the batteries go kaput in your Xbox controller or your TV remote, chances are you’ve got a package of spares lying around somewhere. If not, you can pick up new AAs, AAAs, 9-volts, etc., at just about any store.

But what happens if it’s your car battery that’s stopped working? You won’t find that at the corner store!

If you own a car battery charger, you could try re-juicing it, but there are no guarantees. Sometimes, dead is dead.

So, now you need to buy a new car battery.

Yeah, you could take it to your dealer or mechanic, but this is a simple DIY project. First, though, you need to get the right battery for your vehicle, and your particular needs.

There are a lot of different vehicle batteries out there, so we’re going to help you decide which one is right for you. We’ll look at the many different car battery types available, and what each one is best suited for.

By the end, you should be able to make an educated choice and get your vehicle back on the road.

Ready to make a connection?

There are many different kinds of battery out there, even if you ignore everything but the 12V automotive varieties.

Fortunately, they can all be lumped into one of two main categories:

Here’s a look at both categories and their respective sub-groups.

These are the old school lead-acid batteries we’ve been using for years. Probably your parents and grandparents used them too.

Within this category, there are two main types of battery, plus a hybrid style.

This is your typical automotive battery. It delivers short, quick bursts of power to get the engine running and the systems started. While the engine is running, the alternator takes over the job of powering the electricals.

Many vehicles come from the manufacturer with this style installed.

This type of battery delivers sustained power for extended periods of time. They are so named because they can be run down repeatedly and recharged without damage, something not possible with an SLI battery.

They’re great for powering lots of electrical/electronic devices when the engine isn’t running. They aren’t so great at delivering the big surge of power needed to start a large engine, however.

The most common applications for Deep Cycle batteries are boats, golf carts, RVs and ATVs. You’ll sometimes see these referred to as ‘marine batteries.’

As you might have guessed, this is not the variety you’d typically select for your car or truck.

As the name implies, these batteries combine the starting power of an SLI battery with the gadget-driving power of a Deep Cycle.

So why doesn’t everyone just have one of these?

Because you get dual performance with a compromise – it isn’t as good at either function as its single-function counterparts.

Since every vehicle has an alternator to run the audio system, power windows, GPS, etc., you don’t typically need Deep Cycle capabilities. Even if your vehicle is off, there’s usually enough power in the battery to run these systems for a short period.

You might want a Dual Purpose battery if you are often in situations where you need power for a long time without turning on the engine. Maybe you take your van or truck to the lake, or to tailgating parties and want to listen to music, or power external devices. If that’s the case, a Dual Purpose battery might be right for you.

No surprise, these batteries are more expensive than a standard SLI.

A Note on Serviceable vs. Maintenance Free (MF) batteries

Inside a Wet Cell battery, you’ll find diluted acid. Over time, some of the acid will evaporate. When this happens, the battery will need to be topped up with distilled water.

A Maintenance Free, or MF, (or even “sealed”) battery uses a partially solid electrolyte to cut down on evaporation. There may still be some evaporation, especially during times of extremely high temperatures. Ironically, your Maintenance Free battery can still be topped up to extend its life.

An MF type should last longer than a serviceable battery but may cost a bit more. Make your choice based partly on budget, but also partly on your level of comfort with performing service on your own battery.

The second major category of lead-acid batteries consists of VRLAs. These are completely sealed. That means they don’t vent any gasses, and they cannot be serviced.

VRLAs are widely seen as the safest lead-acid batteries on the market.

Because they don’t vent gas, they can be installed in enclosed spaces, such as trunks and under seats. And because they’re sealed, they won’t release acid in all but the most catastrophic accidents

AGMs are the latest thing in the world of automotive batteries. Electrolytes are held in mats of glass, rather than free-floating around the battery.

They’re lighter than traditional lead-acid batteries, and, as mentioned above, they can be installed in places other than under the hood, and at unusual angles. This gives automotive manufacturers a lot of versatility when it comes to design. (It also means more people coming back to the dealer for expensive service visits on weirdly placed batteries.)

AGMs are great for holding a charge during prolonged periods of disuse and degrade very slowly. Expect a long life from your AGM battery. You should also expect to pay a premium, perhaps twice what you would for a standard Wet Cell.

Wet cell batteries have wet electrolytes. Therefore gel cells have gelled electrolytes. What’s the advantage? They won’t spill, they’re temperature resistant when the heat is on, and they won’t evaporate, either.

They’re great for rough-service applications like lawn mowers, motorcycles, and ATVs, but don’t function as well as AGMs in low temperatures. Gel Cell batteries are available for automobiles, but the newer technology of AGM is supplanting them.

Most of us will never see a Lithium-Ion battery under the hood; they’re typically found in electric and hybrid vehicles. They’re very expensive and aren’t as robust as lead-acid batteries. They do, however, last a long time.

Changing the battery in your hybrid or electric vehicle is not something you want to do yourself, even if you can find it.

Even a cursory look at automotive batteries will reveal a variety of configurations.

There are three car battery groups, each defined by the position of the terminal posts. It’s generally necessary if you replace yours, to keep the same configuration it came with to get a secure fit and connection.

Here’s a look at each category, and what vehicles they’re usually found on.

No real mystery here. The posts are bolted into the side (actually, I’d call it the front – it’s the long side where the label usually is), leaving the top of the battery smooth.

This has been a common feature on General Motors vehicles for decades, to the chagrin of some, and the delight of others.

Evidently, the design is meant to reduce the likelihood of corrosion. For many, it just makes it hard to connect a set of car battery jumper cables and hence to jump start your car, and many intrepid motorists report converting their side-posts to top posts.

This is as common as they come. It’s probably what you see in your mind when you think about car batteries. The positive and negative terminals protrude from the top of the battery – nice and easy for making a connection!

Top Post batteries are found in most Japanese and other imported vehicles, and in most American cars, trucks, and SUVs.

Less common than Standard Top Post batteries, here the posts are attached to small recesses at the corners.

The tops of the posts are usually flush with the top surface of the battery. Unless you drive a European vehicle such as an Audi, BMW, or Volkswagen, you’re not likely to see one of these.

Headquartered in Chicago, Illinois, the BCI is a not-for-profit association concern with promoting and supporting the interests of the worldwide battery industry. (Who knew, right?)

The Council consists of more than 200 member companies ranging from raw material suppliers to retailers to recyclers.

The BCI has created a list of all automotive batteries grouped into categories such as, “Passenger Car and Light Commercial Batteries – 12-Volt,” and, “Heavy-Duty Motor Coach and Bus Batteries.”

Within each category, each battery is assigned an alphanumeric code. Using the code, you can determine the dimensions and configuration.

For example, my venerable 2008 Toyota Corolla has a battery with the BCI Group Number 35 – 230mm x 175mm x 225mm. You should be able to find this number marked on your battery.

If you want to learn more about BCI, you can check out their website. Most of it is dull as plain brown bread, but there’s some good stuff in the ‘For Consumers’ section.

The BCI battery chart for passenger and some commercial vehicles is available here.

Want to look up your BCI group? Here’s a handy battery finder with drop-down selectors for Year, Make, Model, and Engine.

Beefing Up Your Battery

It may be possible to use a replacement battery that is physically larger than the original. In particular, a taller model that maintains the original footprint may still sit in the harness securely.

Why would you do this? Because a larger battery may provide more power than the original did. If it’s a Standard Top Post model, be certain the terminals aren’t making contact with the inside of the hood, or you risk causing a short, and perhaps a fire.

So, Which Car Battery Do I Need?

When you go to get your battery, start by getting the BCI code for your make and model to ensure a proper fit.

Typically, you’ll want to replace your old battery with a similar type, though you might opt to go up in size for more power than the original provided, or extra Cranking or Cold Cranking Amps.

If your vehicle currently has a Gel Cell, consider upgrading to an AGM for increased efficiency and life expectancy.

For most of us, swapping one SLI for another is usually the logical choice, though if you are expecting to keep your vehicle for many more years, making the jump to an AGM might be a good investment.

Deep Cycle and Dual Purpose batteries are definitely niche market items for motorists and aren’t recommended except for those with very specific needs.

Hopefully, this article enlightened you and you now feel confident to make the right selection for a new battery for your vehicle. At the very least, you’ll know what your mechanic or dealer is talking about when you take it in for service.

Thanks for reading, and long may you run! 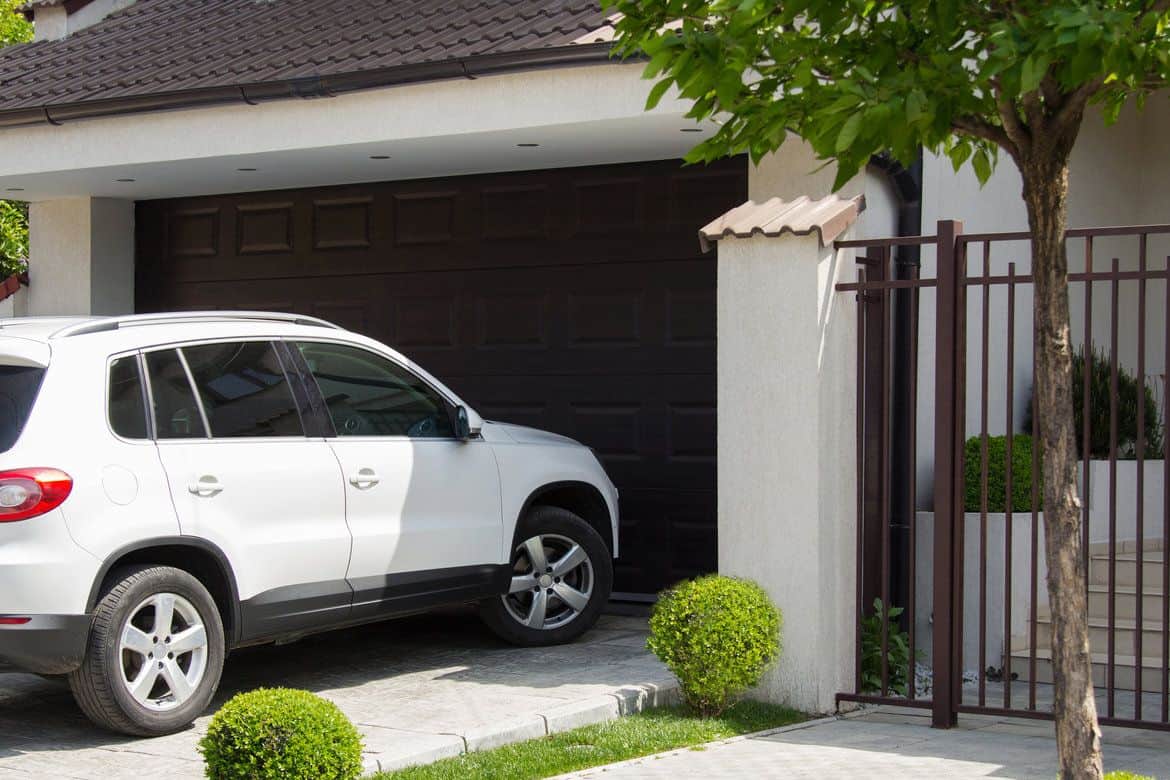 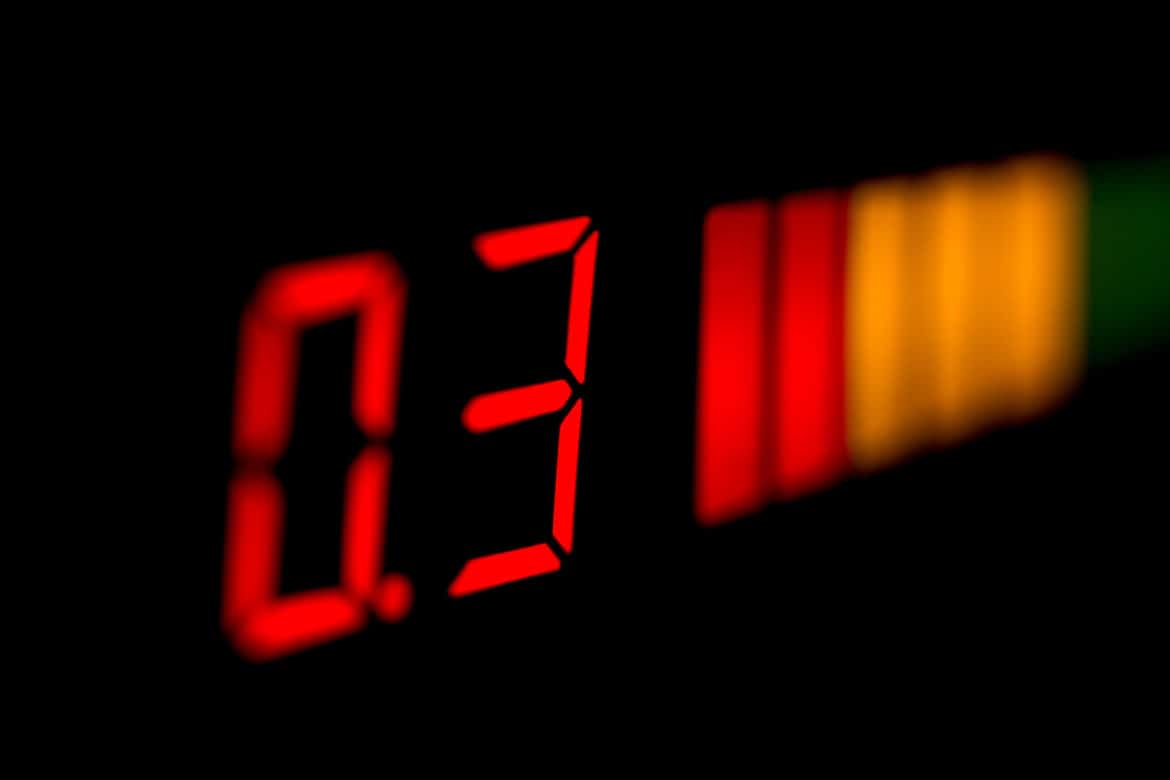 From childhood go karting and motocross, to collecting and obsessing over scalextric, matchbox and radio controlled cars, I've always had an obsession with cars. Learning through manuals, books, trial and error, and more knowledgeable family members, I've also enjoyed tinkering with the mechanics and electronics of any vehicles I've owned. Now, over 3 decades later, I've started this site as a place for me to share my knowledge, to teach others how to care for and maintain their vehicles themselves, at home, so they can get the most of their vehicles and save a pretty penny compared to always seeking out professional help.

Learn More About Me Here

Find and follow us on your favorite social network from those below!